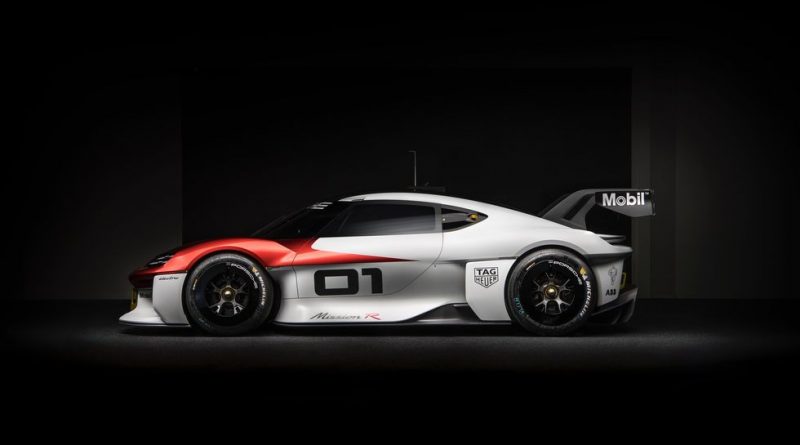 The automotive world is going electric, and that looks like it will include race cars.

The IAA Mobility auto show was once known simply as the Frankfurt Auto Show and featured grand reveals on expensive show stands where the industry’s great leaders spoke at length about the present and future of the automobile. But that was in the past, as soon may be internal combustion itself. As the world and the car industry go green, what was once known as Frankfurt Auto Show has been drastically scaled down. It moved from Frankfurt to Munich and changed its emphasis from horsepower and showmanship to environmental consciousness and plans for a cleaner, greener tomorrow.

It was the perfect venue for Porsche to unveil its all-electric Mission R concept race car, a purpose-built, 1073-hp EV screamer that may be the future of the racing series formerly known as the Porsche Cup.

“Since the start of the Porsche Carrera Cup Deutschland 31 years ago, the sports car manufacturer has produced and delivered more than 4400 Cup cars from Weissach,” Porsche said in a statement. “A total of 30 one-make cup series are held worldwide on the basis of these reliable, high-performance racing cars. The latest version of the 911 GT3 Cup was not launched until the start of this year’s 2021 motorsport season and is based on the 992 model generation. The Porsche Mission R provides an indication of what the future of one-make series with all-electric cars could look like.”

And what, exactly, might that future look like? If it’s to be the Mission R, it’ll be populated with fast race cars not roaring but buzzing around tracks to the unique gear-and-motor whine of electric power.

“The concept study is our vision of all-electric customer motorsports,” said Oliver Blume, chairman of the Executive Board of Porsche AG. “The Mission R embodies everything that makes Porsche strong: performance, design and sustainability.”

The Mission R delivers “more than” 1070 hp from two electric motors to all four wheels. In qualifying trim, the front motor makes 429 hp and the rear 644. It may not be appropriate to simply add those two together, but if you do, you get 1073. Porsche says the Mission R produces a constant power output of 671 hp in race mode, adding that “so-called derating, reduction of the battery’s power output due to thermal conditions, has been eliminated.”

Nonetheless, the range in a race may be somewhat limited from the onboard battery’s 80 kWh. Porsche says the 82-kWh battery and regenerative braking “make sprint racing possible with no loss of output,” but race distance could be just 25 to 40 miles. That doesn’t sound like 24 Hours of Le Mans. Or maybe it will. With what the maker cheekily calls “Porsche Turbo Charging,” a “good 15-minute break from racing is all that is needed to charge the battery from 5 to 80 percent SoC (state of charge). Charging can take place with up to 340 kW.”

Porsche Active Aerodynamics with Drag Reduction System on the nose and rear wing—with three louvers in each of the two side air intakes in the nose and an adjustable, two-section rear wing—promise to further increase efficiency.

That aero body is also green, being made from what Porsche calls “natural-fiber reinforced plastic, wherein the natural fiber is made from flax. (Should you get stuck out on the course for a while, you can eat your car! Just kidding, do not eat your Porsche Mission R.)

“It’s indescribable; the immediate surge of power from the two electric motors is something you simply have to experience for yourself,” said Timo Bernhard, Porsche brand ambassador and former Porsche works driver who has already been on the track with the car as a test driver. “The only time I’ve ever experienced such an amazingly powerful boost was in the… 919 Hybrid car.”

If an all-out racer is out of your league, the Mission R concept could be a precursor to an electric 718 road car. The Mission R is roughly the same length as the 718, and bears a distinct, though lower-to-the-ground resemblance, especially in profile. The previous two Mission electric concepts, the Mission E and the Mission E Cross, became the Taycan and Taycan Cross Turismo, remember.

Former Porsche sports-car boss August Achleitner told our colleagues at Road & Track back in 2019 that the current 718 models would continue until 2023. Meanwhile, the Mission R track car should be ready to race in 2025 or 2026.

If the future’s going to be electric, it won’t be boring.