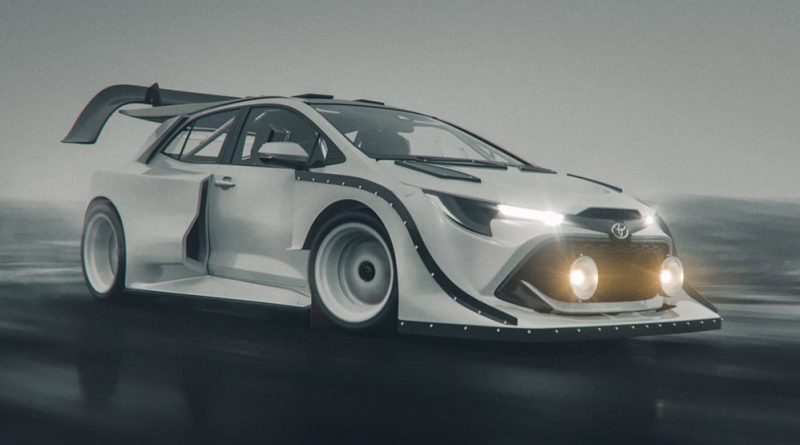 There are already plenty of aftermarket converters offering to put EV powertrains into classic cars. But the new E-Legend EL1, which we got close to at the IAA Mobility in Munich last week, offers a different route to a similar conclusion—one that doesn’t require the butchery of an existing classic.

E-Legend is a start-up developing a high-performance carbon-fiber EV chassis that will be able to underpin multiple models, with the plan being that these will be inspired by rally racing’s most exciting—and most dangerous—Group B era.

The choice of a modern take on the Audi Sport Quattro as the first of these, described as the EL1, is entirely appropriate. Both because E-Legend is based in the small town of Beilngries in Bavaria, just 25 miles from Audi’s home town of Ingolstadt. But also because of a close family connection to the original car. Marcus Holzinger, E-Legend’s boss, used to work as a designer for Volkswagen and his father, Wolfgang, was a modeler for Audi’s design department.

The younger Holzinger spent much of his early life around Quattros, traveling with his father to watch rally races as Hannu Mikkola and Michele Mouton drove the works cars. But it was the more extreme iterations of the Group B Sport Quattros that made the greatest impact, especially when they were driven by the mercurial talent of German Walter Röhrl.

“The proportions are not brilliant, it looks like there is too little in the center,” Holzinger says, “but it is unique and characteristic, and I always think it has many fascinating details. So I took those and reinterpreted them.”

Successfully, it must be said. The EL1 is both immediately recognizable but also far more handsome than the car that inspired it thanks to a slightly longer wheelbase and much more harmonious proportions. Details like the widened wheel arches and what Holzinger describes as the “black mask” front end graphic are clearly derived from the original car. While the EL1 has been created without Audi’s official sanction, Holzinger insists the larger company has no issue with this reverential tribute.

“I have close contact with Audi design and there is no conflict there, they like it a lot,” he said. “They have another strategy now very progressive and futuristic—there is no room there for retro design.”

Beneath its carbon-fiber bodywork the EL1 will use a carbon chassis that E-Legend says is close to the late prototype stage. This incorporates a 90-kWh T-shaped lithium-ion battery pack behind the rear seats that sends power to three motors from German specialist Phi Power. At the rear are a pair of 306-hp units, which blend their efforts before turning the wheels through a conventional limited-slip differential. At the front is a single 204-hp motor. E-Legend says that peak output will actually be limited by the battery’s flow rate rather than the motors’ nominal output, but predict the EL1 will be able to accelerate from 0-62 mph in 2.8 seconds, 0-124 mph in 8.5 seconds, and be able to perform two laps of the famous 13.1-mile long Nürburgring Nordschliefe on one battery charge. A predicted 3440-lb curb weight for the finished car is pretty light by the standards of high-output EVs.

The compact chassis is barely longer than the EL1’s wheelbase, with outriggers front and rear to give additional impact protection but also to serve as structural mountings. This means it will be easy to adapt it to carry different bodywork.

“With the EL1 we are interpreting the Audi, but it could be something else, this is just the starting point,” Holzinger said. But whatever comes next will almost certainly be another Group B replica, with Holzinger nominating the Lancia Delta S4, Lancia 037, and Ford RS200 as potential successors to the proposed run of 30 EL1s. “We may even be able to create a one-off if somebody is prepared to pay enough money to develop it,” he adds.

Not that any of E-Legend’s cars will be cheap. The company is aiming at affluent, nostalgic collectors. The EL1 is priced at €890,000 in Germany, $1.05 million at current exchange rates, and will only be homologated for road use in Europe. While that is a huge amount of money, it is probably not far from the open market valuation of a low mileage example of one of the very rare road-going original Sport Quattros.

And what does Wolfgang Holzinger make of his son’s reverential creation?

“He is retired now,” Marcus says, “but he was around and helped with ideas. He still has a great eye, but he was always saying ‘don’t mention my name when you talk about [the original], that car is ugly.’ But I say it is ugly in a beautiful way, and he loves the new car.”